Congratulations on deciding you want to stop smoking. Here’s the Good News… You can quit cigarettes in just 60 minutes with our all natural Hypnotherapy solution.

It’s going to be the best decision of your life. I know you know it’s not good for you so I’m not going to preach to you about what it’s doing to your health. You can look at your cigarette packet to see that.

What I do want to say to you though is…

When you give up the smokes you’re going to experience a freedom you haven’t felt for a long long time. Probably decades.

You’ll be a non-smoker!

But maybe the biggest benefit will be…

You won’t have everyone on your case anymore!

You won’t have the constant annoyance of everyone telling you to give up.

You’ll be free of all the badgering. And free from all the restrictions the government is putting on you. It’s not easy being a smoker these days.

The silence of no-one at you telling you to give up will be deafening.

But enough about that. I know the number one reason you’re reading this page is because you want to know if hypnotherapy can make you quit.

The GOOD NEWS is it sure can. I see it happen every day.
A client walks into my office a smoker and 60 to 90 minutes later walks out a non-smoker (not an ex-smoker). And this is a crucial distinction.

You see the secret to you quitting permanently is to change the way your unconscious mind thinks of you. Before you started smoking you were a non-smoker. That’s how people who’ve never smoked think of themselves. 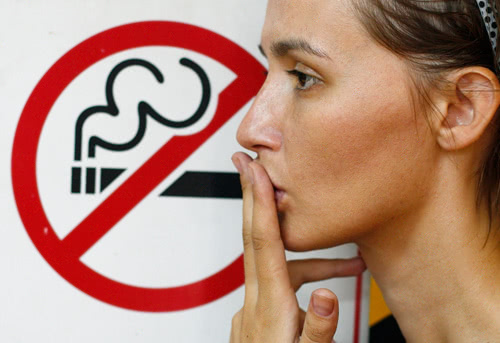 And this mindset or unconscious belief predisposes you to easily restarting.

However if you are able to reset your unconscious mind’s view of you back to where it was before you started smoking (i.e. you don’t smoke) then it’s like you were never a smoker and so you’re not going to start.

The key to do that is being able to tap into your unconscious mind to reprogram it. And that’s what hypnotherapy does.

The method I’ve developed is specifically designed for smokers and makes you stop in one session!

Yes one session and you’re a non-smoker.

Free to live your life on your terms… not a slave to your next cigarette.

Fortunately that’s not what happens.

A hypnotherapist never has control of your mind. It might look like that way when you watch a stage or TV show. But it’s an illusion created to make the show entertaining. In reality the stage show subjects want to do the crazy things the hypnotherapist asks them to do.

In a clinical setting I don’t want you to do anything crazy. And it’s not about getting you to ‘go to sleep’. So you don’t have to worry about will I or won’t I be able to hypnotise you. You don’t have to be in a deep trance for hypnotherapy to work.

Think of a time when you were driving and suddenly you thought to yourself “I don’t remember the last minute of driving”.

You were awake, you drove safely but you couldn’t remember what happened or what you passed by during that previous period. Your mind was somewhere else. Well that’s a trance state and that’s sort of what it’s like when you’re ‘under’. 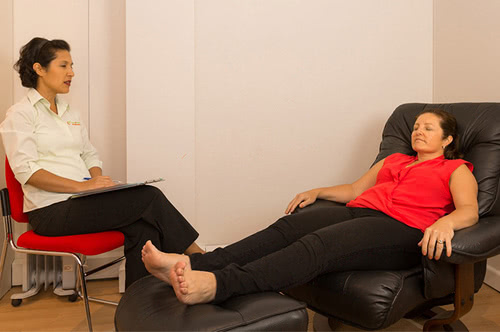 Another good example of hypnosis is when you’re listening to some really good music and you’re totally immersed in it. Everything around you seems to fade away as your mind drifts with the beat and words. You feel relaxed, calm and at peace. You’re awake and aware, in control, but relaxed.

Well that’s what it’s like when I guide you down into the hypnotic state.

You’re not asleep even though you’re eyes are closed. You’re always conscious of what’s going on around you. You’re always in control. But you’re very relaxed.

So if you really want to stop smoking but you just can’t seem to do it on your own then my Quit Cigarettes program is the perfect quit smoking tool for you.

Discover the behaviour changing powers of hypnotherapy and let my Quit Cigarettes technique work its magic on you. It turns you from smoker to non-smoker in as little as sixty minutes.

Call me today for a FREE 30 minute, no obligation, Quit Cigarettes In 60 Minutes hypnotherapy assessment consultation so you can discover how my hypnotherapy program will help you and I can answer any questions you have.

P.S. I know in the back of your mind you still might be worried about what would happen if you did start smoking again somewhere down the track. Not a problem because I give a lifetime guarantee. So if in the unlikely event you do start smoking again all you need to do is give me a call and I’ll get you to come back in and we’ll do a back-up session at no extra charge.